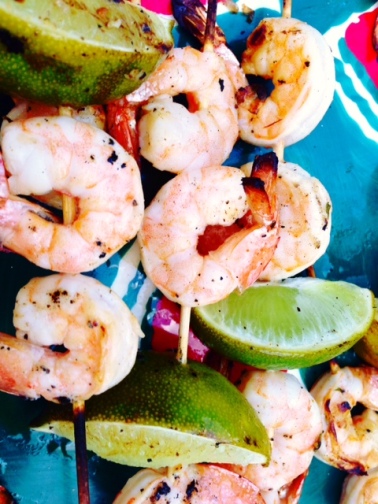 I was getting tired of bringing the same stuff to every BBQ I went to.  Chips & a dip, brownies, cupcakes, hot dogs or hamburgers. I decided to go out on a limb (for me) and make shrimp skewers for the last BBQ I attended.  I tested two different recipes because I couldn’t decide which sounded better.  They were both a huge hit and SO easy.  I would definitely bring them to another BBQ or even to a tailgating party.  Below are my trials and tribulations with Lemon Basil Shrimp and Tequila Lime Shrimp.

I don’t consider myself a “fish” expert in the cooking world.  My mom was allergic to all seafood so I was not brought up with a general knowledge of how to cook or prepare anything from the sea.  I decided that shrimp would be an easy start and a great thing to bring to a BBQ.  A little different than the norm.

I bought 1 & 1/2 pounds of peeled and deveined shrimp at the local grocery store.  I rinsed the shrimp in cold water when I got home and divided it into two portions.  I also took a handful of bamboo skewers and started soaking them in water.  This prevents them from burning up on the grill. 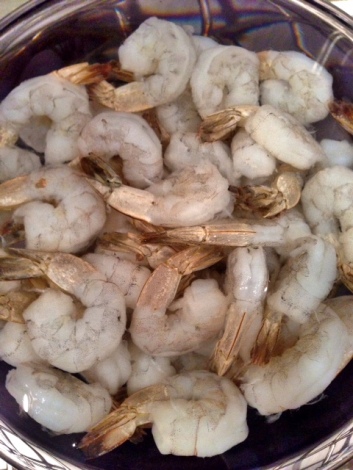 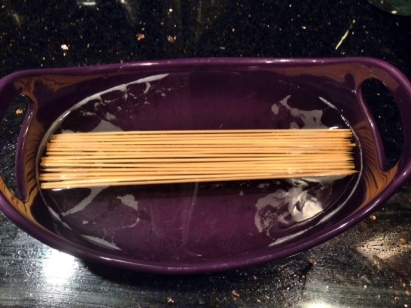 I started with the lemon basil shrimp.  I’ve listed the ingredients below:

4 cloves of garlic put through the garlic press
2 tablespoons of fresh basil leaves roughly chopped
1 tablespoon of dried parsley (I would have used fresh but I didn’t have any)
1 tablespoon of dijon mustard
2 lemons, juiced
1/4 cup of olive oil
2 teaspoons of sea salt
1 teaspoon of cracked pepper 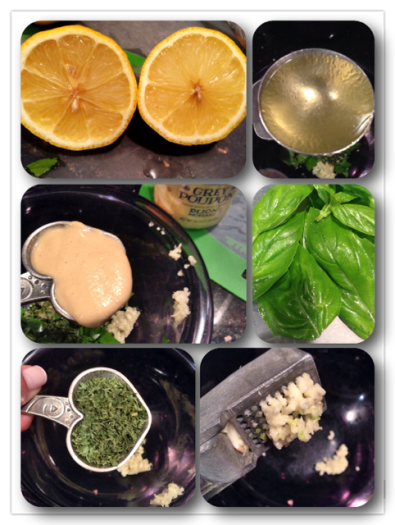 I mixed all of the above ingredients in a small bowl and then put the shrimp and the mixture in a plastic bag to marinate for a little. 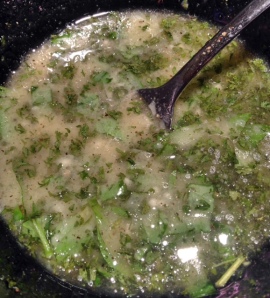 Ok so before I show you what the final product ended up looking like for the Lemon Basil ones, here’s how I did the Tequila Lime.

I combined the ingredients below in a small bowl and mixed them together with a fork.  Once I had the mixture I put the marinade and the raw shrimp in a plastic bag and into the fridge. 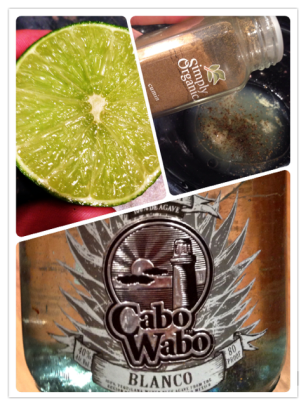 I was in a rush to get to the BBQ so I couldn’t let these marinate as long as I wanted.  I took them out of the bags and stuck four shrimp on each bamboo skewer.  I added a lemon slice or lime wedge in the middle of the stick depending on what flavor marinade they were in.  I then stuck the skewers back in the marinade bag and then in a tinfoil tray so they wouldn’t leak.

Once we got to the BBQ we stored the shrimp in the fridge for another hour or so and then it was grill time!  We stuck the skewers on a hot grill for 1 minute on each side.  These babies cook fast so watch them carefully! 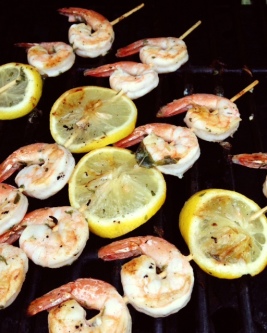 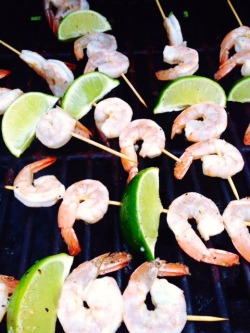 My taste testers said that both marinades were delicious but they tended to like the lemon basil a little better.  I’m going to agree with them and say I liked the lemon better as well.  The Tequila Lime ones were OK in comparison to the Lemon Basil, but then again I’m really not a Tequila girl (bring on the vodka!) 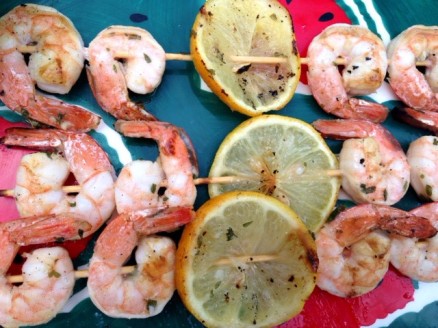 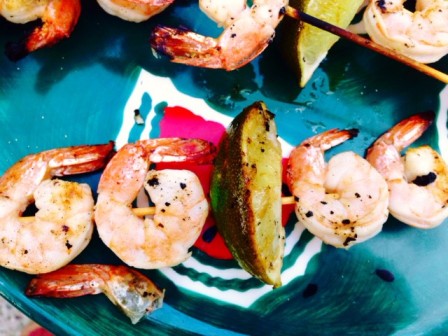 Try them out & let me know which one wins over your taste buds!